The Triathlon of Great Britain

Something no one, able-bodied or disabled, has done before.

WHAT IS HE DOING?

A triathlon like no other, a triathlon that encompasses the three iconic endurance challenges in Great Britain.

Lee will start by swimming the English Channel under the rules of the Channel Swimming Association. He will then get to Land’s End as quickly as possible and start the cycling phase. Lee will cycle the length of Great Britain from Land’s End to John O’Groats, stopping en route to climb Snowdon, the highest mountain in Wales, and Scafell Pike, the highest mountain in England. He will then begin by far the most challenging phase of the Triathlon of Great Britain, the running phase. Although Lee cannot run due to a severely damaged left knee, he will undertake a marathon on foot, starting in the Highlands at Glen Nevis, Fort William, going over Ben Nevis, the highest mountain in Great Britain, and finishing at the Commando Memorial in Spean Bridge, where the clock will stop.

WHY HE IS DOING IT?

Rowing the Atlantic made him realise that society tends to define disabled people by their disability.

Throughout Lee’s rehabilitation he was surrounded by servicemen and women whose lives had been shattered in our service. Lee passionately believes that as a society and as a moral obligation, we owe those that have given so much, at the very least, a life with dignity. Lee saw first-hand the astonishing work that The Royal Marines Charity does for wounded and injured Royal Marines and their families and this is why he will be raising money for the RMC throughout the Triathlon. 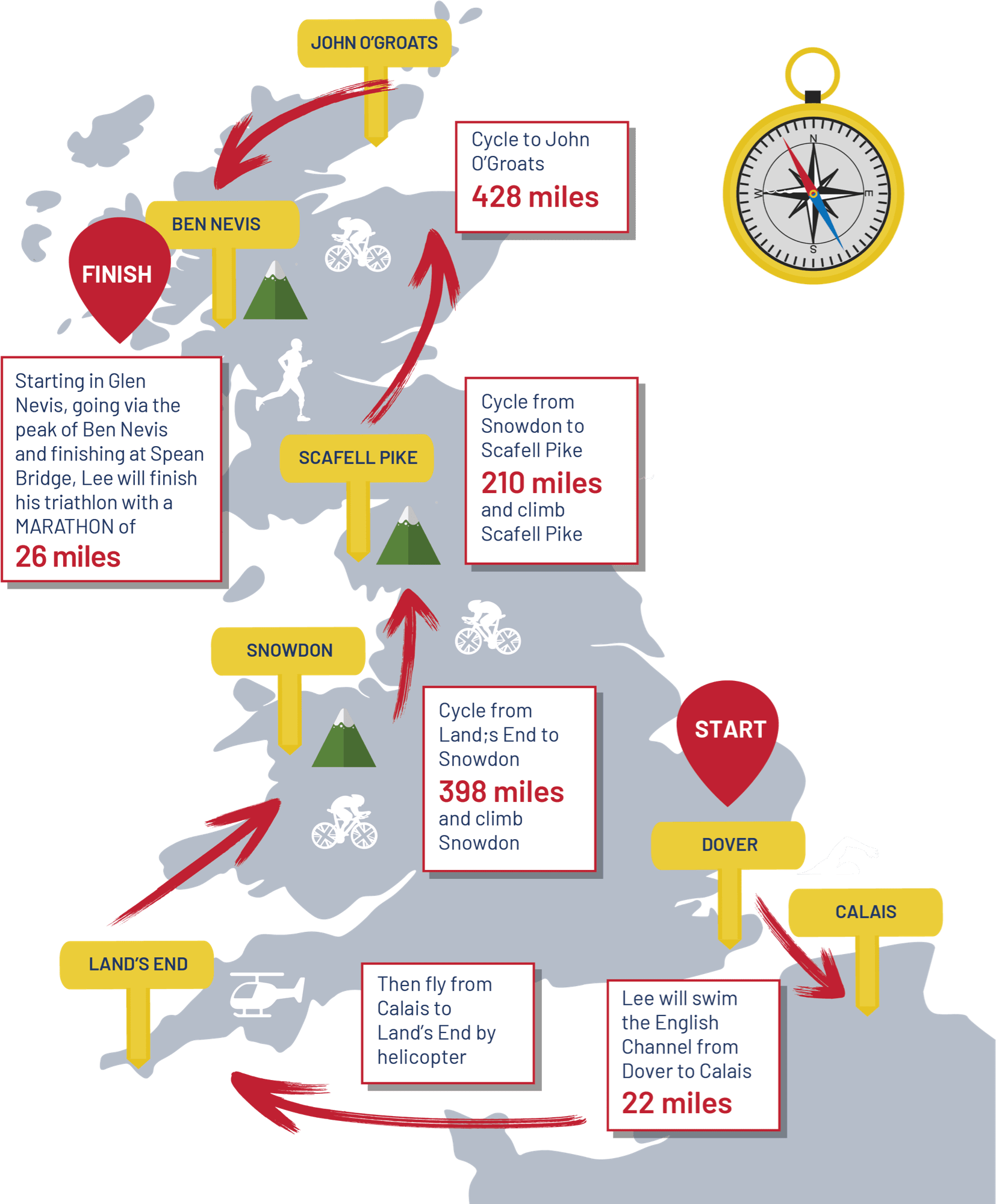